The happiest moment of all – Midsummer 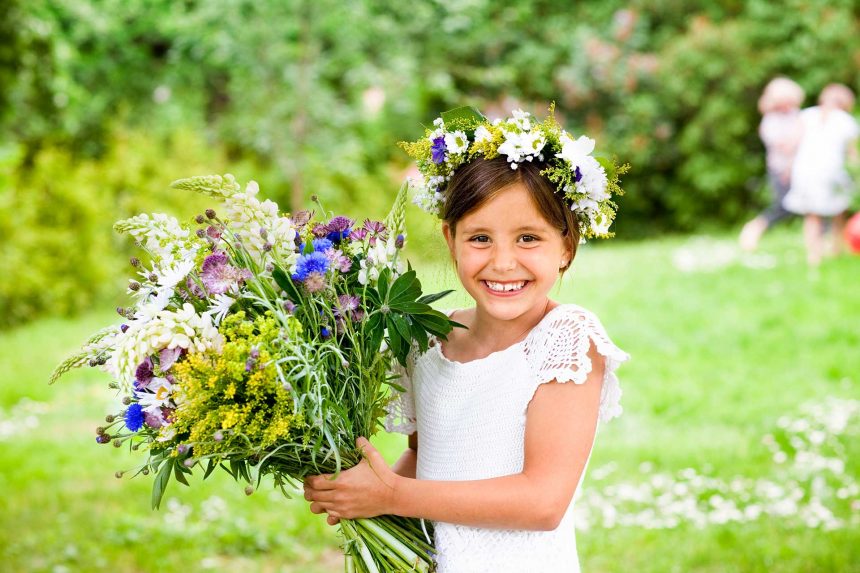 The happiest moment of all – Midsummer

Imagine having Christmas celebrations but in the middle of the summer – this is what Midsummer Eve feels like.

Midsummer is the most typically Swedish tradition of all and is an occasion of large gatherings. Deep inside, Swedes seem to all have agreed on what it should look like and how it should proceed. Typically the whole family gets together for the celebrations. The date marks the longest day of the year but everything needs to be well organized so there is not really a fixed date. Midsummer happens on the Friday between 19th and 25th June and is traditionally the high-point of summer.

And speaking of organization Midsummer often starts with preparations on the day before. Midsummer Eve is a celebration in the countryside, therefore, on the day before everyone leaves town, all the stores and institution close and the city streets become suddenly spook deserted. Not really a good time to be a tourist in the city.

The day of Midsummer often starts with picking flowers and making wreaths which will be later on placed on the maypole – a key component of the celebration.
The maypole is raised in an open spot in order to have space for dancing and other fun activities around it. Once having the maypole raised traditional ring-dances ensue, to the delight of the children and some of the adults. Teenagers on the other hand seem to find more joy in the evening’s more riotous entertainment.

A typical Midsummer menu features different kinds of pickled herring, boiled new potatoes with fresh dill, soured cream and chives. This is often followed by a grilled dish of some kind, such as spare rib or salmon, and for dessert the first strawberries of summer, with cream.

The traditional accompaniment is a cold beer and schnapps, preferably spiced. Every time the glasses are refilled, singing breaks out anew.

After dinner, many people want to go out dancing, preferably on an outdoor dance floor beside a lake as the evening mist settles and the sound of the orchestra echoes back from the rocky hills on the opposite shore.

Midsummer also has its mysterious rituals. On their way home, girls and young women are supposed to pick seven different species of flowers and lay them under their pillows. By doing this they are getting a glimpse of the future – they are supposed to see their future husband in their dream.

In agrarian times, Midsummer celebrations in Sweden were held to welcome summertime and the season of fertility. In some areas people dressed up as ‘green men’, clad in ferns. They also decorated their houses and farm tools with foliage, and raised tall, leafy maypoles to dance around probably as early as the 1500s. It was not until the 1900s, however, that this became the most Swedish of all traditional festivities.

Midsummer Night is the lightest of the year and was long considered a magical night, as it was the best time for telling people’s futures. Girls ate salted porridge so that their future husbands might bring water to them in their dreams, to quench their thirst. You could also discover treasures, for example by studying how moonbeams fell.