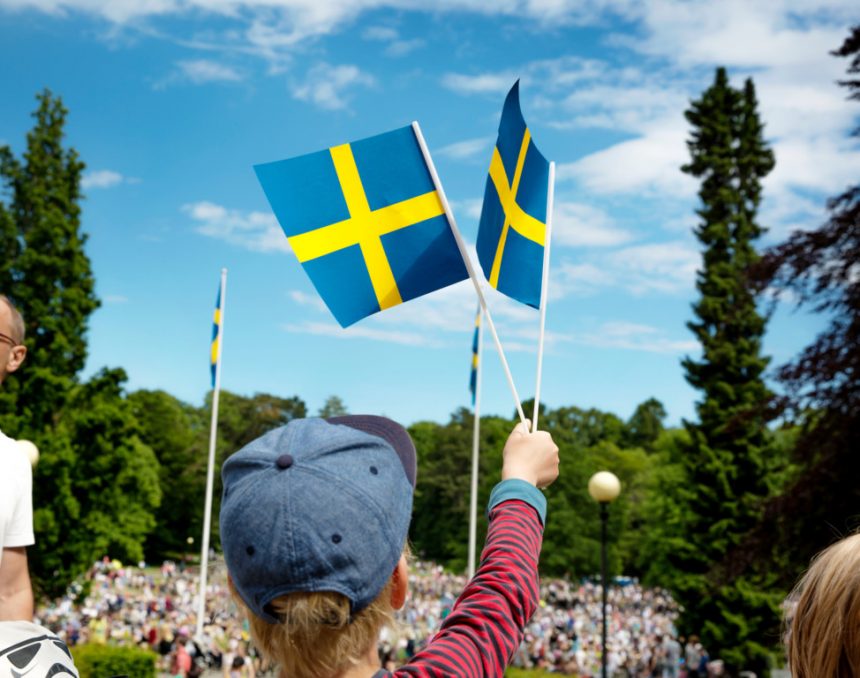 Today for the 14th year in a row we are celebrating Sweden’s National Day as a public holiday. Even though the date 6th June only became public holiday in 2005 it actually leads its history for almost five centuries.

In the history of Sweden’s National Day there were two big events that made this date so important. The first one was in 1523 when Gustav Vasa was crowned king. This laid the foundations of Sweden as an independent state. Vasa’s governance also later on leads to the adoption of the new, important constitution in 1809 again on 6th June.

The actual celebration of the holiday first starts in the early 1890 when Artur Hazelins (the founder of Skansen open-air museum) organized a celebration in the museum in honor of the historical date.

At the same time in 1893 at the World Fair in Chicago, Sweden presented Midsummer Day (now celebrated on June 21st as Midsummer Eve) as a form of Swedish national day, so in the 1890s the occasion was celebrated twice a year.

Later on, in 1916, 6 June became the Swedish Flag Day, celebrating the fact that Sweden had acquired its own flag following the dissolution of the union with Norway in 1905.

But Sweden is not only National celebrations, beautiful nature and ABBA songs. Here are some innovations that we all use that actually came from Sweden:

The Zipper – The modern-day zipper as we know it was improved upon and developed by Swedish-American inventor Gideon Sundbäck from an earlier less effective model in 1913.

The Three-point seatbelt – Now a standard requirement in every passenger vehicle saving around one life every six minutes, the three-point seatbelt was developed by Swedish inventor and safety engineer Nils Bohlin in 1959 for Volvo.

Oat milk – Oat milk was developed by the Lund University food scientist Rickard Öste, who founded Oatly in 1994. Since then, oat milk has become a staple at a range of supermarkets and coffee shops around the world.